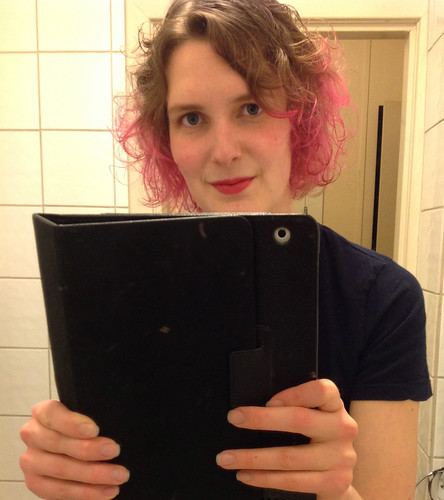 Oh, and if you know my real name, and want to add me on facebook, then feel free. :D

Why is that I never make it to bed when I'm really, really tired? Like today? I'm both cold and tired, and yet, here I am, not in bed and online.

Oh. And I figured I could do as all the bloggers with big blogs do. Let my nice readers ask me questions. (Assuming I still have any, heh.) I'll answer anything. Truthfully. So, shoot! :)

So I woke up t 8 am today. I have no idea why, I just woke up. Which is fine, except it's Sunday and no one else is awake, so now I'm bored... There aren't even anybody online on facebook. I literally have one online friend right now according to the facebook chat.

So you know when you want to write something on your facebook status, but you have too many friends and don't feel like letting all those people know what you feel like? Yeah. I have that problem. Quite often. Facebook was much better back in the days when your only friends were your actual friends, not your grandmas brothers wife and everybody at work. And it's not even like I want to write anything outrageous, but the stuff I want to write would probably only be interesting/funny to my actual friends + I don't want to actively let my aunts know what I'm up to all the time. I don't mind if they just happen to find out, but I don't feel like telling them myself.
Am I even making sense here?

Now I only have to wait for the friend I'm meeting later today to wake up and call me. I'm not allowed to call her in the morning, I always wake up too early, and she never wakes up before noon. Something tells me I might have to wait for a while...

Edit: I realized I could give you a picture of how I look in the morning. Before I've even gotten out of bed. Just because. 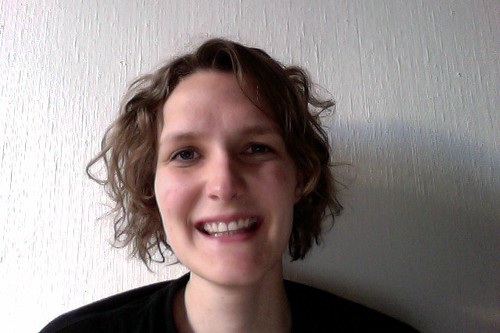 I've accidentally bought a waterproof mascara. Which won't come off when I use my make-up removal wipes. So I have some of yesterdays mascara under my eyes. I need to buy a new mascara.

This is just too funny.

I moved to O-town (again) on Monday, and when I moved I hadn't yet started looking for a job. I did have a place to live, though. By Friday afternoon I had not only one, but two jobs, one of them full time, and had also become a small business ovner. So now I start one job on Monday and the other one Tuesday. Funny how that works.

In other news my new flatmates are even crazier than I am, spell check has turned itself off on my laptop (again), and I need to buy a new pair of shoes before I start working, but don't get my salary until Wednesday. Business as usual, in other words.

I'm making lists of who to send holiday cards to (I make them myself, so need to plan ahead;), and what to buy for who for Christmas now, so if you want a holiday card, please tell me now. I don't care if you send a card back to me, I just think it's nice to send cards to other people ^^

Give me your address in a pm or on facebook, and a card will come your way some time in December! :)

You know when someone tells you something you didn't want to know? Yeah, that feeling.

I'm feeling so hot right now I don't even know what to do with myself. I wish I could fit myself into the freezer. The weather have been nice and sunny for quite a while now, and as I live on the top floor/attic my room turns into a baking oven in the sun, and because of it's thick concrete walls, it takes forever to cool down. I'm guessing by now (it's 10.50PM) it's nice and cool outside, but my room still feels like Shanghai. Not that I'm complaining about the nice weather, I just wish my room was a little cooler ;) 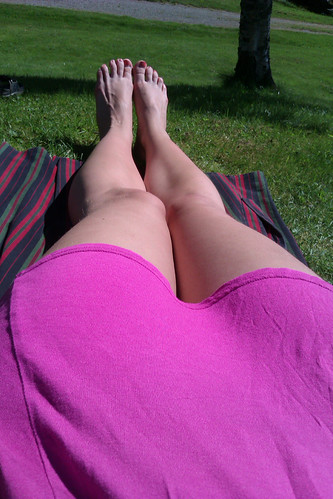 I got so hot at work today that in a quiet moment I took off my uniform, and used it as a blanket instead. Yes. Those not very pretty feet with mismatching nail polish are indeed mine. 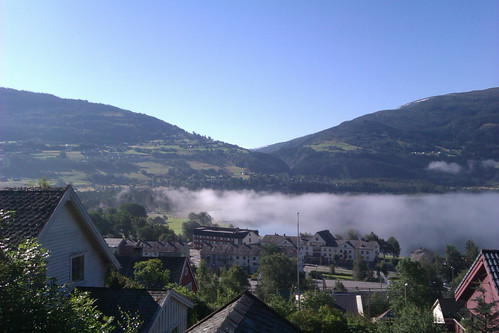 I snapped this photo walking to work this morning. Five minutes later the mist had disappeared completely.

What is up with people? How can anybody think it's okay to write stuff like this?

In other news, it's Saturday night and I'm at home, reading ONTD, trying to decide what to have for dinner and what to watch later on. My life is just too glamorous. At least I have an excuse, I have to work tomorrow, and want to cram in a workout before work :p

Oh, and today some British family tipped me at work! I've never been tipped before. Don't get me wrong, as a teacher I've gotten my fair share of "thank you for giving my child such great experiences with music"-flowers and chocolates, but no-one's ever tipped me. And the best part; they made it perfectly clear it was because they thought I was awesome at my job, not because they thought they had to (you're not supposed to tip in Norway, as everybody earn fair wages in the first place)! Yay me!